For a customized budget or info CONTACT US NOW!

The Hotel Royal is in a very favorable position, in one of the most beautiful areas in the Abruzzo, the Costa dei Trabocchi.

Rich in history, all to be discovered glimpses, a holiday at the Hotel Royal will let you live a thrilling experience!

Choose us for your next holidays: we will make them unforgettable! 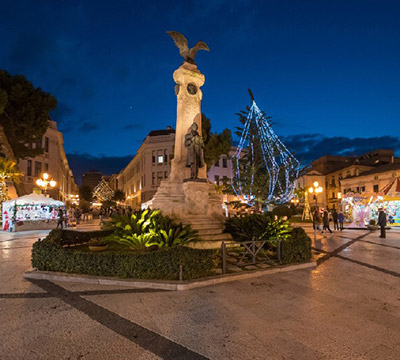 The ancient Histonium, that seems to be established by Diomedes, it is known to be the city of the Frentani, that was conquered by the Romans. Destroyed by Sulla, it was fortified by Theodoric, then joined to the Dukedom of Benevento. In 802 it was destroyed by Pepin. In 1463 it was conquered by Ferdinand I. From 1496 to 1798 it was owned to the D'Avalos. The city was often sacked and was hit by a lot of earthquakes. It is the native city, among the others, of the poet and patriot Gabriele Rossetti and the Palizzi brothers, Gabriele Smargiassi, Valerio Laccetti. 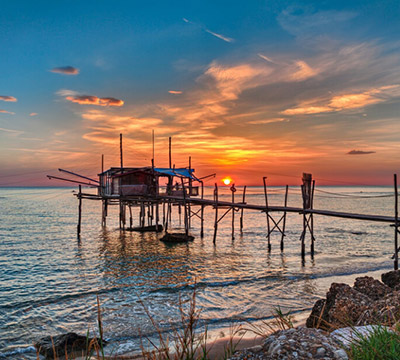 The Abruzzo is known to be the Region of the National Parks and as a mounty Region, for its peaks, among the most highest in the Apennines. The Abruzzo is also a Region that has kilometers long stretches of coast, rich in extraordinary landscapes, so different one to another. In the province of Chieti, this stretch of coast is really amazing, made of bays and cliffs that make it so unique. This stretch, that goes from Ortona to San Salvo, and includes San Vito Chietino, Rocca San Giovanni, Fossacesia, Casalbordino and Vasto, is known as the "Trabocchi Coast": the "Trabocco" is the traditional typical marine machine that one can see in these places and it is the emblem of this coast. 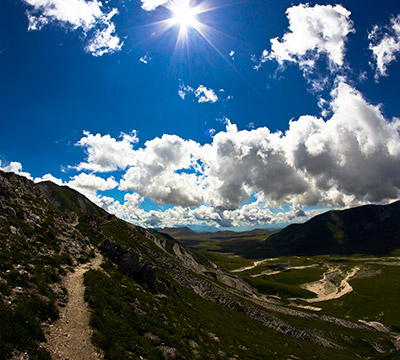 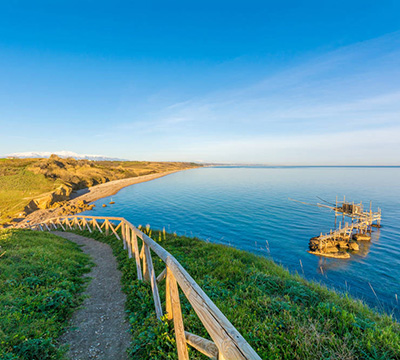 Sure, the most known Park is the National one, that has been established in 1921, today known as National Park of the Abruzzo, Latium and Molise. The Park has a surface of 44.000 hectares, that spread over the Marsica (in the Abruzzo), the northern Ciociaria (in the Latium) and the Mainarde (Molise). It is the home of the wolf and the bear, and is a unique park in the whole Europe.

There are sweet hills, high mountains that can reach up to 2000 meters, wide and luxuriant woods, a wild nature: the National Park is the most important oasis in Europe and is considered to be the emblem of the Green Region of Europe, that has always had a vocation in the safeguard of nature.

We have to talk about the Gran Sasso d'Italia, the highest mountain on the Apennines, emblem of the Gran Sasso and Laga Mountains National Park, founded in 1991, that includes 44 villages in the Provinces of L'Aquila, Teramo, Pescara, Ascoli Piceno and Rieti.

The Majella, majestic and wild mountain with its highest peak, the Amaro Mount (2793 m: is the second highest mount of the Apennines), is the emblem of the Majella National Park.

In 1989 it was founded by the Abruzzo Region the Sirente Velino Regional Natural Park that is 59.140 hectares big and includes the whole Province of L'Aquila. Safeguard of the nature, up to the coast: another really important area is indeed the Cerrano Marine Area, that is one of the four Protected Marine Areas of the whole Adriatic Coast.

Do not forgot the 18 Regional Natural Reserves.

Amazing video recorded in Vasto by a drone: the best point of view on our city.